This Money Habit Makes All the Difference 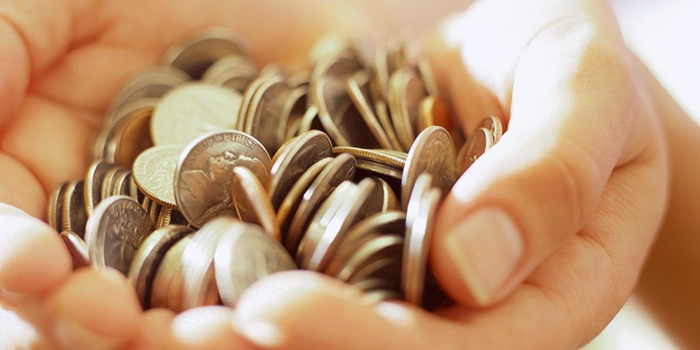 Planning ahead is hard when you’re broke. But planning ahead may be the best way to stop being broke and start building a solid financial future.

Studies have found that people who have a strategy tend to save more money and be financially healthier than those who don’t. For example:

The center’s study defined “financial health” as having emergency and retirement savings, sustainable debt loads, good credit scores and property, and life and health insurance. While the health of one’s finances tends to rise with income, age and education, the study discovered the propensity to plan had an even greater effect than those other factors on predicting who’s financially sound.

It’s important to note, people who plan don’t just focus on long-term goals, such as retirement and college. They’re also planning and saving for the near term, including expenses that will come up next week or in three, six, or 12 months. You can’t dream about a debt-free future without a plan to pay tomorrow’s bills first.

“Just planning ahead for my next car insurance bill in August and socking away $50 a month means I’m ready when it comes,” says Jeanne Hogarth, vice president for policy at the Center for Financial Services Innovation. “The challenge for families is to figure out what all those large irregular expenses are across the year and to factor those into their planning and set-aside accounts.”

Are you too worried to plan?

Anyone who’s been broke knows how hard it can be to think ahead even a little bit when you’re busy coping with today’s problems.

In fact, our brains are wired to make matters worse when we don’t have enough of what we need, say Sendhil Mullainathan, a Harvard University economics professor, and Eldar Shafir, a Princeton University psychology professor, co-authors of “Scarcity: Why Having Too Little Means So Much.”

People struggling to make ends meet are so focused on solving their immediate problems that they have less mental energy to deal with anything else, the professors’ research found. That preoccupation affects how well we think and makes it more likely we’ll forget things and make mistakes. We fail to remember to pay a bill or a looming expense. We grab high-cost loans that make it even more difficult to pay the bills next month.

Being preoccupied with money problems can drop our IQs by 13 points, or about the same amount as staying up all night, the scarcity research found. On top of that, scarcity impairs our ability to resist temptation and control our impulses.

Buy yourself some breathing room

What helps, Mullainathan and Shafir say, is what they call “slack,” or small cushions to help ease the cognitive load. For the time-strapped, that means keeping a few 30-minute slots open during the day to deal with unexpected events.

For the financially strapped, “slack” means a small rainy-day fund. Even a few hundred dollars in savings can help cover a minor car repair or insurance deductible, but more importantly it can ease the cognitive load that comes from living paycheck to paycheck.

Next, get into the habit of saving. Financial advisers like the “pay yourself first” mode, which means putting aside money each month or each paycheck before paying other bills. But financially healthy households may use other planned ways to save, such as banking the income of one spouse and spending the other’s or spending regular income and saving gifts, tax refunds or bonuses, says Rachel Schneider, senior vice president at the Center for Financial Services Innovation and co-author of “The Financial Diaries: How American Families Cope in a World of Uncertainty.”

How you do it is less important than that you do it. Once you have the savings habit, you can start planning — even if it’s just a few weeks or months ahead.

“We have a real tendency in personal finance and economics to think the core challenge is to get people to not overspend today, in favor of saving for the distant future,” Schneider says. “But often what people most need is to save and plan for the near-term.”

Liz Weston is a certified financial planner and columnist at NerdWallet, a personal finance website, and author of “Your Credit Score.” Email: lweston@nerdwallet.com. Twitter: @lizweston.

This article was written by NerdWallet and was originally published by The Associated Press.

The article This Money Habit Makes All the Difference originally appeared on NerdWallet.