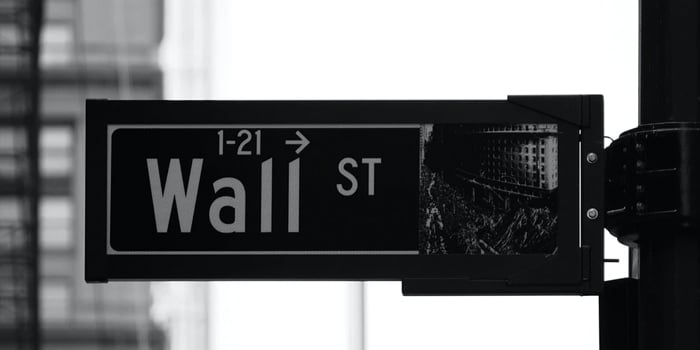 Stocks were able to weather the storm of events that occurred throughout January, despite investors having numerous reasons to move away from equities.

The month began on a somewhat positive note as the availability of COVID-19 vaccines increased throughout the country. Nevertheless, investors were concerned as the number of reported virus cases continued to increase.

Despite numerous challenges, the certification of the 2020 presidential election was to take place on January 6. However, protestors sieged the United States Capitol, disrupting the certification process and forcing members of Congress to shelter. Following a restoration of order, Congress ultimately certified the results of the election.

On January 13, the House of Representatives voted to impeach President Donald Trump a second time, charging him with "incitement of insurrection" against the United States government, alleging that he incited the storming of the Capitol.

The inauguration of President Joe Biden ultimately took place, as scheduled, on January 20. However, the event was held amidst a period of extreme political and civil unrest, concerns over the escalation of COVID-19 cases, increased restrictions in response to the pandemic, increasing unemployment, and curtailed economic recovery.

The fourth-quarter gross domestic product grew at an annualized rate of 4.0%. Job growth stymied, and the number of those receiving unemployment benefits exceeded 4.7 million. The Federal Reserve continued its accommodative measures and warned that the economy is still reeling from the effects of the pandemic.

Stocks ended the month with mixed returns. The large caps of the Dow and the S&P 500 lost value, and the Global Dow fell less than 1.0%. On the other hand, the Nasdaq finished ahead but trailed the small caps of the Russell 2000, which gained 5.0% over its December 2020 closing value.

The majority of the market sectors finished ahead, led by energy, which gained nearly 7.0% for the month. Consumer staples and industrials lagged.

Employment reversed course in December as total employment declined by 140,000, well below the total for November, which saw 245,000 new jobs added. In December, the unemployment rate and the number of unemployed persons were unchanged at 6.7% and 10.7 million, respectively. Although both measures are much lower than their April highs, they are nearly twice their pre-pandemic levels in February (3.5% and 5.7 million, respectively). The decline in payroll employment reflects the recent increase in coronavirus (COVID-19) cases and efforts to contain the pandemic. The number of permanent job losses declined by 348,000 to 3.4 million in December but is up by 2.1 million since February. In December, the number of persons not in the labor force who currently want a job, at 7.3 million, was little changed over the month but is 2.3 million higher than in February. In December, 23.7% of employed persons teleworked because of the coronavirus pandemic, up from 21.8% in November. In December, 15.8 million persons reported that they had been unable to work because their employer closed or lost business due to the pandemic. This measure is 1.0 million higher than in November. The labor force participation rate and the employment-population ratio were both unchanged over the month, at 61.5% and 57.4%, respectively. These measures are up from their April lows but are lower than in February by 1.8 percentage points and 3.7 percentage points, respectively. Average hourly earnings increased by $0.23 to $29.81 in December and are up 5.1% from a year ago. The average work week declined by 0.1 hour to 34.7 hours in December.

Claims for unemployment insurance continued to drop in January. According to the latest weekly totals, as of January 16, there were 4,771,000 workers receiving unemployment insurance benefits, down from the December 19 total of 5,219,000. The insured unemployment rate fell 0.2 percentage point to 3.4%. During the week ending on January 9, Extended Benefits were available in 19 states; 50 states reported 7,334,193 continued weekly claims for Pandemic Unemployment Assistance benefits, and 50 states reported 3,863,548 continued claims for Pandemic Emergency Unemployment Compensation benefits.

The Federal Open Market Committee met in January and scaled back its assessment of the economy and employment from December. Noting that the pace of economic activity and employment has moderated in recent months, the Committee decided to keep the target range for the federal funds rate at 0.00%-0.25%, which it expects to maintain until employment improves and inflation reaches or exceeds 2.0%. In addition, the Committee will continue to increase its holdings of Treasury securities by at least $80 billion per month and of agency mortgage-backed securities by at least $40 billion per month.

The federal budget deficit in December came in at $143.6 billion, nearly 11 times higher than the December 2019 deficit of $13.3 billion. The deficit for the first three months of fiscal year 2021, at $572.9 billion, is $216.3 billion, or nearly 61% higher than the first three months of the previous fiscal year. Through December, government outlays increased $213.2 billion, or 18%, while receipts fell $3.1 billion. In December, the largest government expenditure was for Social Security, at $117 billion, followed by payments for income security ($77 billion), Medicare ($75 billion), health ($72 billion), and national defense ($70 billion). Individual income tax and social insurance and retirement receipts, at $144 billion and $115 billion, respectively, were the largest sources of government receipts in December. Corporate income taxes totaled $63 billion in December.

Prices that producers receive for goods and services rose 0.3% in December after increasing 0.1% in November and 0.3% in October. Producer prices increased 0.8% for 2020 after climbing 1.4% in 2019. Producer prices less foods, energy, and trade services rose for the eighth consecutive month after advancing 0.4% in December. For 2020, prices less foods, energy, and trade services moved up 1.1% after rising 1.5% in 2019. Goods prices jumped 1.1% in December, pushed higher by a 5.5% increase in energy prices.

Industrial production advanced 1.6% in December, with gains of 0.9% for manufacturing, 1.6% for mining, and 6.2% for utilities. The increase for utilities resulted from a rebound in demand for heating after unseasonably warm weather in November. Total industrial production in December was 3.6% lower than it was a year earlier and 3.3% below its pre-pandemic February reading. The index for motor vehicles and parts declined 1.6% in December but was nevertheless 3.6% higher than its year-earlier level. Excluding the motor vehicle sector, factory output moved up 1.1% as most manufacturing industries posted gains. The production of durable goods, other than motor vehicles and parts, rose 1.5%, and nondurable goods production increased 0.9%.

The European Central Bank maintained its record-low policy rate as efforts continue to revive the European economy, still ravaged by the effects of the COVID-19 pandemic. Vaccination delays in Europe coupled with the emergence of a deadlier strain of the virus have kept expectations low for economic recovery any time soon. In Japan, deflation is trending as consumer prices continue to drop. On the other hand, China's fourth-quarter gross domestic product expanded by an annualized rate of 6.5%. Industrial production has benefitted from strong exports, although retail sales in China continue to lag. For January, China's Shanghai Composite Index edged up 1.0%; the Eurozone's Euronext 100 fell 1.3%; and the United Kingdom's FTSE 100 Index dropped nearly 2.0%.

The Conference Board Consumer Confidence Index® improved in January after falling in December. The index stands at 89.3, up from 87.1 in December. However, the Present Situation Index, based on consumers' assessment of current business and labor market conditions, decreased from December's 87.2 to 84.4 in January. The Expectations Index, based on consumers' short-term outlook for income, business, and labor market conditions, increased from 87.0 in December to 92.5 in January.

February brings with it continued hope in the fight against the COVID-19 pandemic. The economy showed signs of recovery in January, which should continue in February. The stock market is expected to maintain its resilience this month, particularly as more economic stimulus becomes available.