Worried About the New FICO® Score? Here's What to Know - and Do 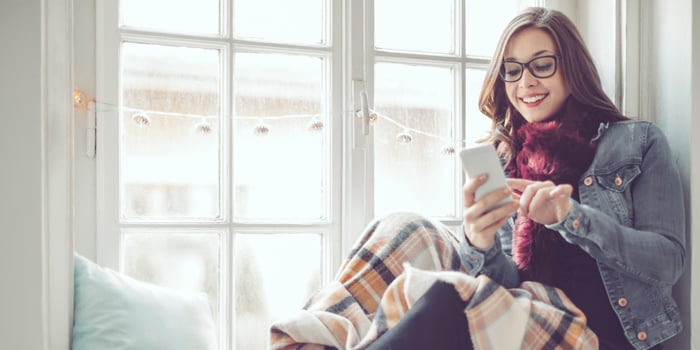 FICO® announced a new “suite” of credit scores this week, leading to alarming headlines warning that 40 million people could see their scores drop by at least 20 points. That’s scary if you think you’ll be among them.

Also, the scores are unlikely to be in wide use by lenders anytime soon.

What is different about the new score?

FICO® updates its scoring models about every five years, says Dave Shellenberger, vice president of product management. Algorithms are analyzed and updated to better predict risk. This is the first time the company has offered two versions of a general FICO® score, announcing FICO® 10 and 10T.

The score behind the freak out is the FICO® 10T — T stands for trended data. It’s a departure from previous versions because it looks back at up to 30 months of past credit data to predict consumer behavior. If you think of a traditional FICO® as a snapshot, the 10T would be more like a short video. FICO® competitor VantageScore likewise introduced a score using trended data, version 4.0, in 2017.

FICO® 10 is being offered with and without trended data because that’s what lenders wanted. The FICO® 10 uses the same reason codes as previous versions and can be easily adopted because it is “backward compatible,” Shellenberger said. The FICO® 10T is more predictive, but it requires some new reason codes and so will take more time and money to adopt.

Lenders are looking more closely at potential borrowers now for several reasons. The economic expansion that had allowed them to loosen standards a bit is bound to come to an end, and some experts think that will be soon. Also, lenders no longer have a view of how consumers managed the last economic crisis, which started in late 2007, because most derogatory marks fall off credit reports after seven years.

When are lenders likely to start using the new score?

FICO® 10 scores won’t be available for use by the three major credit bureaus before summer.

Adoption by lenders will take longer, Shellenberger said. It can take months or “usually longer for large lenders — a year or so.”

Right now, most lenders still use the FICO® 8 for most lending decisions, and FICO® 2, 4 or 5 for mortgage loans.

How will FICO® 10 likely affect my score?

Remember that most people won’t see a big change.

But if you’re among the 40 million who could see a drop of 20 points or more, that’s significant — it could result in being denied for a loan or having to pay a higher interest rate.

Your score is most likely to drop if:

On the other hand, some people could see their scores rise by 20 points or more. Your score is most likely to rise if you have been penalized for occasional high balances. Shellenberger gave an example: If you typically vacation in July and put airline tickets, hotel and meals on a credit card — and then pay it off — the trended data won’t penalize you as much. It looks at balances over time and sees you bringing a temporarily high balance down.

If I am worried, what should I do differently now?

If you don’t already have an emergency fund, start one. If you have to turn to credit cards in an emergency, your rising balances could hurt your scores.

If you are thinking of consolidating credit card debt with a personal loan, avoid charging up the credit card balances again; FICO® 10T will penalize you for it.

How can I look good no matter what score lenders use?

Make no mistake: Lenders want to find creditworthy applicants. They just want to minimize the risk that they’ll approve customers who won’t pay as agreed.

The ways to shine up your credit profile have not changed:

Bev O’Shea is a writer at NerdWallet. Email: boshea@nerdwallet.com. Twitter: @BeverlyOShea.
The article Worried About the New FICO® Score? Here’s What to Know — and Do originally appeared on NerdWallet.

FICO® and ‘The score lenders use’ are registered trademarks of Fair Isaac Corporation in the United States and other countries.