Equifax Credit Lock: Should You Use the Free Service? 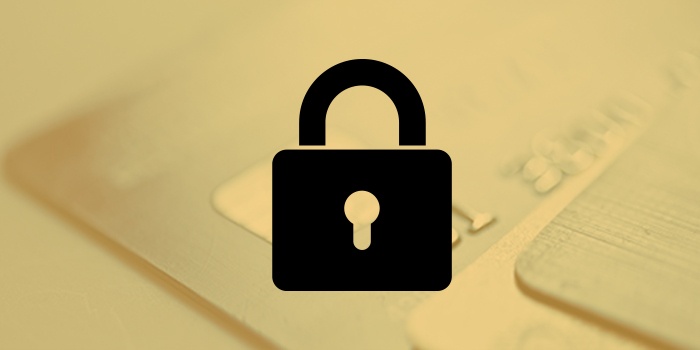 Equifax has made good on its promise of free, lifelong credit locks following last year’s massive data breach. The reception to its new “Lock & Alert” feature — which lets users simply click or swipe to lock and unlock their credit reports — has been mixed, with seamless signups for some, but glitches or repeated messages of “we are experiencing technical issues” for others since its Jan. 31st launch.

Spokeswoman Nancy Bistritz-Balkan acknowledges its bumpy debut. “As with any new service, yes, we had some initial issues shortly after launch,” she says. “Our team has been working around the clock to address these issues.”

All three major credit bureaus now offer credit lock products, but a credit freeze may still be the better option for consumers.

Does using Equifax’s free credit lock service or a competitor’s product make sense for you? The choice may depend on cost, effort required, and your willingness to try a new product or agree to terms set by credit bureaus. We break down the difference between a credit freeze and credit lock, and how credit locks from Equifax, TransUnion, and Experian work.

Locking your credit vs. freezing

Locks and freezes both make your credit reports inaccessible to most people, with the goal of blocking anyone who might try to open fraudulent credit accounts in your name. If you want to apply for any sort of credit — say, a new credit card or auto loan — you’ll have to unlock or unfreeze your reports during the application process.

With a lock, the process of blocking and restoring access is simpler. A freeze, the strongest level of protection, requires a PIN and, in some cases, payment to lift or reinstate a freeze online, by phone or via mail. With a lock, you do not need extra security like a personal identification number, and you can lock or unlock your credit online or via each bureau’s app.

Equifax and TransUnion offer free credit locks, while Experian’s lock is available as part of a paid bundled service.

Some things are the same with either a freeze or lock: You need to set it up at each credit bureau individually; you can still monitor your own credit report and score; and freezes and locks do not affect your score.

Credit lock: There may be a catch

There is one important difference between a lock and a freeze, says Chi Chi Wu, a staff attorney for the National Consumer Law Center. Credit freezes are governed by state law. That means if something goes wrong — if a requested freeze wasn’t placed or it was mistakenly lifted — a consumer may have legal recourse.

Locks would not fall under state law, Wu says. And such products may fail. Service agreements for each bureau make it clear the companies don’t guarantee error-free operation or uninterrupted service.

The inconvenience and cost associated with “thawing” a credit freeze are often cited as a disadvantage, but lifting a freeze may not be as difficult as it sounds. If you know your PIN, it can take less than five minutes.

Unfreezing generally costs less than $10 per bureau and is free for some consumers. If you are applying for credit, you may be able to ask which bureau’s credit report will be checked and unfreeze just one to save on fees.

Equifax’s lock is part of its attempt to regain trust with consumers after a data breach affecting at least 145 million consumers — more than half the adult population in the U.S.

Equifax has said its service will always be free, and the service agreement will never contain an arbitration clause or class-action waiver. That means you do not give up your right to sue the company or join a lawsuit if the lock fails.

Equifax freezes and lifts are also free until June 30th, so there is currently no price advantage for the lock.

TransUnion’s lock is also free, but it requires users to agree to receive targeted marketing materials. Its service agreement contains an arbitration clause and class-action waiver, which are widely considered not to be in consumers’ best interests.

Experian only offers credit locks bundled with its identity theft or credit monitoring packages. Its IdentityWorks Plus membership option, the cheapest package at $9.99 per month, includes a credit lock. A 30-day free period means the first year would cost $109.89.

Experian’s service agreement, like TransUnion’s, contains an arbitration clause and a class-action waiver.

Should you get a credit lock?

If you opt to freeze instead, you might pay more — or less. A patchwork of state laws means placing and lifting freezes may cost you nothing or may cost up to $10 per credit bureau at Experian or TransUnion.

Wu, like many credit experts, freezes her credit reports, and NerdWallet recommends freezes for most consumers.

Consumers who are shopping for a loan and have lifted a freeze might want the protection of a lock while the freeze is lifted. Locks may also appeal to consumers who don’t want to keep track of PINs or pay to place or lift freezes.

Either a freeze or a lock is superior to a fraud alert, which simply lets businesses know that applications in your name should receive extra scrutiny.

The article How and Why to Use the Equifax Free Credit Lock App originally appeared on NerdWallet.